Photo Art Exhibit, Panel Discussion “What I Brought in My Luggage 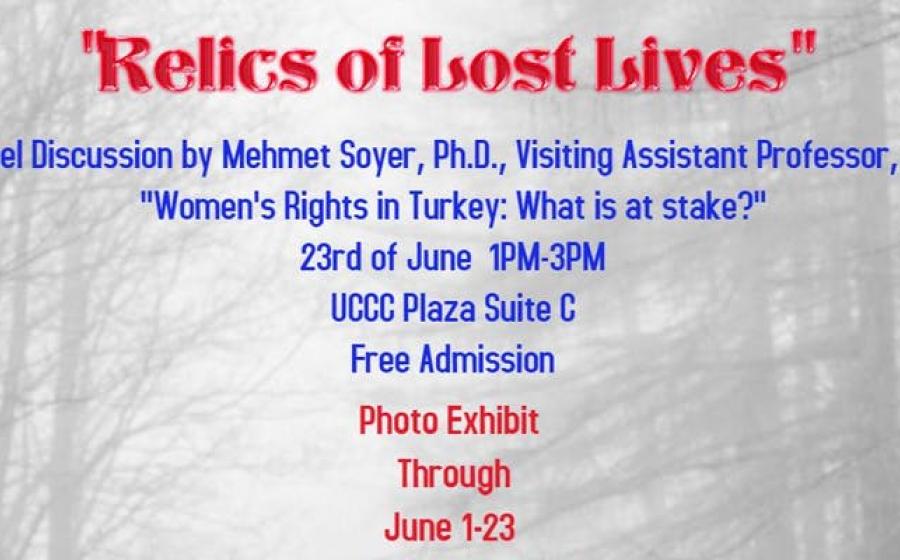 Register here: https://www.eventbrite.com/e/photo-art-exhibit-panel-discussion-what-i-brought-in-my-luggage-tickets-46117026267?aff=erelexpmlt People’s lives in Turkey changed dramatically after the failed coup attempt on July 15th, 2016. Instead of a proper investigation regarding the perpetrators of the coup, the Turkish government quickly engaged in a mask purge thousands of peaceful and innocent civilians to unemployment, unfair imprisonment, social exclusion and total defenselessness in the face of State violence and harassment.

People from all walks of life were taken aback by the disproportionate response of the government that turned into a collective punishment. Repeated promises were made of totally ripping out all members of social and ethnic communities which have to be enemies of the state. This ensured a mass exodus of people from Turkey. Those who were able to fly from the airport with their passport considered themselves lucky compared to those who had to walk across the border by paying all their savings to human smugglers because their passports had been canceled without any due process.

Only after they were able to land in safety and freedom that the feeling of a lost country, together with the traumatic memories that darkened the beautiful memories of their lives before the coup. The objects displayed in this exhibition are the relics of these lost lives, representing the yearning for a homeland that is abruptly and arbitrarily denied to them simply because of their association with a social group.

During the panel discussion, Mehmet Soyer will focus on the big picture of the discrimination and persecution against the opponents, in Turkey. Then, it will be discussed human rights violations against women in Turkey through sharing the details of 10 different women’s evocative stories! These tragedies will help us to fathom what women refugees from various countries in Utah had been through before arriving here eventually.